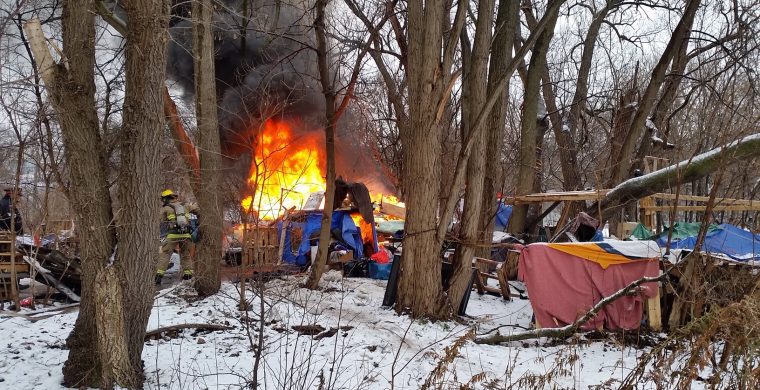 BRANTFORD,ONT-Brantford’s homeless camp is on fire this morning Wednesday, Dec., 4, 2019.

Fire and police are on scene at the Welcome Love encampment on Greenwich Street.

The city opened a new temporary winter shelter at the old police station at 180 Greenwich Street,  that is adjacent to the encampment Monday.  City council voted in favour of the new shelter in November after learning two existing shelters, Rosewood House on Nelson Street and The Salvation Army Booth Centre on Dalhousie Street were full and turning people away.

Turtle Island News is on scene. More to come…

Saturday saw a pair of wins for Six Nations Hockey