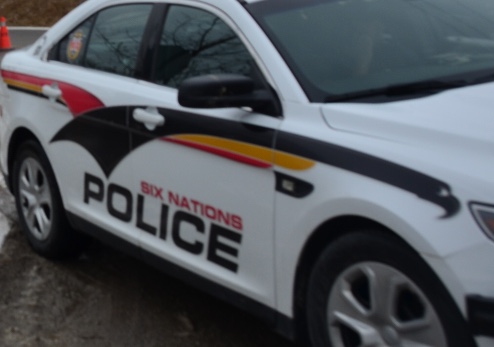 SIX NATIONS OF THE GRAND-Two “pizza delivery” people are facing a number of drug related charges after Six Nations Police found drug paraphernalia during a search of a vehicle  early Wednesday (January 8, 2020) morning.

Police said they  executed a search warrant for illicit cannabis after spotting the 2003 Honda Accord 4 door Maroon travelling on Chiefswood Road at about 1:44 A.M.  “exhibiting odd driving behaviours and not being able to stay in its marked lane of traffic.”

Police said they stopped the vehicle on Chiefswood Road  and spoke with the male driver and female passenger, who claimed to be delivering pizzas. Police said they observed drug paraphernalia and other drug evidence in the vehicle while speaking with the driver.  The two were arrested, the vehicle searched and subsequently towed from the scene.

The passenger, identified as Naomi Jones, 46, of Simcoe,  was criminally charged with Possession of Cocaine; Possession of Methamphetamine; and Possession of Fentanyl. Ms. Jones was released on a Promise to Appear.

1924: A History of Governance at Grand River