By Lynda Powless and Donna Duric

SIX NATIONS OF THE GRAND RIVER-Six Nations Elected Council  has voted unanimously to build barricades at entrance points to Six Nations to keep visitors out of the community in an effort to prevent the spread of Covid-19. 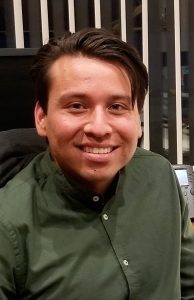 Elected Chief Mark Hill said to date there are at least 30 people awaiting test results for COVID-19 at Six Nations. Six others have come back negative. Most of those being tested have been in the emergency services or the health field, he said.

He stressed there are no cases of COVID-19 at Six Nations.

Hill told Turtle Island News details of how they will enforce the barricades dubbed “Project Protect our Elders” have yet to be worked out. He did not know what roads would be affected. Two provincial roads skirt Six Nations. “We are trying to limit the people coming on,” he said.

He said deliveries to essential businesses will continue as normal from outside. He said non-resident employees will be allowed to re-enter but will require identification. He said that may require a letter from the Six Nations Elected Council as opposed to simple employee identification.

He said he did not know how all the non-resident employees would get SNEC letters by Tuesday.

“We are working out the details,” he said.

He said he isn’t sure how Six Nations members leaving and re-entering the community without identification will be cleared to re-enter. “If they don’t have a status card or Haudenosaunee card, well,  that’s something we have to look at.”

The barricades will be enforced beginning  Tuesday, March 31, 2020.

Six Nations Elected Council is hiring Knighthawk Security to man the barricades. He said Six Nations Police or OPP may also be at the barricades but stressed “we have to work out the details yet. But the security guards will be there.”

He said SNEC is looking over budgetting to deal with loss of business revenue and job losses. “I am meeting with both the province and federal government on how much financial aid is coming to Six Nations,” he said.

“As I said we are now looking at the details of how this will all roll out.”

ST. JOHN’S, N.L.-The death of a 15-year-old Innu boy while in the care of Newfoundland and…