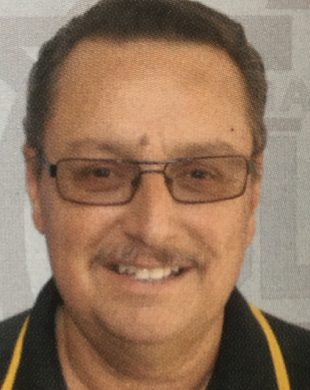 SIX NATIONS OF THE GRAND-The Six Nations Elected Council (SNEC) has issued a brief five paragraph apology to  police commission chairman Steve Williams after  issuing a press release nationwide in June calling for his resignation without stipulating any grounds.

In a brief statement today  (August 12, 2020)  SNEC said it “sincerely apologizes to Steve Williams for publicly calling for his resignation as Six Nations Police Commission Chair.”

The unsigned short statement said   “Mr. Williams is a well-respected member of our community, with a long and diverse record of service to the community, including as a former Elected Chief.”

It went on to say  ” Six Nations  of the Grand River Elected Council values Mr. Williams’ abundance of experience, knowledge and commitment to serving the community’s needs and interests. In particular, we look forward to working closely and collaboratively with Mr. Williams and his colleagues on the Police Commission as we embark together on a governance review of the Six Nations Police Service in order to better meet the community’s policing needs.” The council also said it would donate $10,000 in his name to a charitable organization of his choice.

The statement sent out, today at 12:49 p.m.  to a number of media outlets and organizations took Williams by surprise.

“I was not even aware it was being sent out,” he said Wednesday after  learning of the statement from media who received it.

He said “I expected them to explain their reasons for asking for the resignation. They had no grounds to seek my resignation, they did no due diligence, and this looks like it was rushed and people will think I made some kind of deal with them.”

He said he will be consulting with his lawyer.

Six Nations Elected Council (SNEC) sent out a press release June 24th demanding Williams resign as chairman of the Six Nations Police Commission, a post he has held for many years.  SNEC posted a press release to their facebook page and sent it out to media June 24th calling for Williams resignation saying it wanted to ensure accountability and transparency but offered no grounds. “We want to ensure accountability and transparency and make it clear that there can be no conflict of interest, or perceived or otherwise in such important roles. This action speaks to good governance and to the future sustainability of our institutions who serve the community,” the release read.

Williams had begun legal proceedings against Six Nations Elected Council and Chief Mark B. Hill for publically seeking his resignation from the Six Nations Police Commission without issuing grounds for their demand. At the same time Williams stepped back as chairman while the issue was outstanding. He was reinstated last week when SNEC failed to provide reasons for the call for his resignation to the Six Nations Police Commission. SNEC had been on “hiatus” for two weeks in the midst of the issue.

Williams had agreed to settle the lawsuit for the issuing of a joint press release and statement, legal costs to date of $3,500 and a $10,000 donation to a charity of his choice.

Williams’ lawyer had submitted  an apology  Williams was willing to accept.

“SIX NATIONS OF THE GRAND- The Six Nations Elected Council would like to issue a sincere apology to Six Nations Police Commission Chair, Steve Williams, for publically calling for his resignation.

SNEC issued a press release on June 17, 2020, which called for Mr. Williams’ resignation as Chairman of the Six Nations Police commission, without providing the public with grounds for demanding that resignation.

Mr. Williams is a well-known and well-respected member, not only of the Six Nations community, but also at both the provincial and national level where his expertise and talent have been relied upon by a number of boards, organizations and leaders. He has served the Six Nations community in a volunteer capacity for over 30 years, including being elected as both a Six Nations Elected Council member and as a chief.

The Six Nations Elected Council wishes to be clear that, as a council and as individuals, we value Mr. Williams’ expertise, knowledge and commitment to serving our community.

We regret the press release of June 17, 2020, inferred, unfairly, that Mr. Williams breached his position as chair by failing to live up to board policies, that he was not transparent in work he undertook on public boards including the commission , and that he failed to be accountable for his actions, claiming he was in a conflict of interest.

At no time was the Six Nations Elected Council, or its members individually, privy to such information of any such breach, and we wish to retract any and all comments and insinuations, which amounted to defamatory and libelous claims and which caused damaged to Mr. Williams’ character and credibility, locally, provincially and nationally.

Six Nations of the Grand River Elected Council, and its members individually, acknowledge that at no time has Mr. Williams been in breach of any policy, including breaches of transparency, accountability or a conflict of interest.

The SNEC sincerely, humbly and publically apologizes for any damages, whether personally, emotionally or financially, caused to Mr. Williams by our statements and rescind any call for his resignation.

Simply, we are truly sorry.

The Six Nations of the Grand River Elected Council looks forward to working closely and collaboratively with Mr. Williams and his colleagues on the Police Commission as we embark together on a governance review of the Six Nations Police Service in order to better meet the community’s policing needs.

In that spirit of collaborations, the Six Nations of the Grand River Elected Council has agreed to donate $10,000 to  a charity (to be chosen by Mr. Williams) in Mr. Williams name.”

Steve Williams said he surprised by the brevity of  what appears to be rushed apology and will be speaking to his lawyer.

Members of the Sipekne’katik First Nation prepare to go fishing in Saulnierville, N.S., as it launches…