Narwhals could be at high risk of catching COVID 19: researcher  - The Turtle Island News

Frozen tissue samples from a narwhal harvested by Inuit subsistence hunters will soon arrive at a laboratory in Boston, where researchers will work to determine whether the species could be susceptible to COVID-19.

At the Broad Institute of MIT and Harvard, scientists will expose live narwhal cells to SARS-CoV-2 to determine if the virus that causes COVID-19 can latch onto the cells and cause a potentially lethal infection.

Scientists are focusing on narwhals because they have almost the same number of “binding sites” as humans. These binding sites are found on ACE2 receptors, proteins on cells throughout the body. ACE2 receptors act as doorways for the coronavirus to enter and infect a range of cells.

Humans have 25 of these sites; narwhals have 22. This puts the elusive northern in a high-risk category of animals that could contract the virus, said lead researcher Martin Nweeia, an assistant professor at Case Western Reserve University School of Dental Medicine and an expert on narwhal tusks.

“It’s likely that narwhal can bind this virus,” he said. “No one is clear yet as to how many of these binding sites, which ones does it take and what number of viral entities does it take to actually produce COVID-19.”

“I think the real point of this research is that it allows us to be ahead of an issue.”

While there have been reports of captive animals coming down with COVID-19, such as tigers at the Bronx Zoo, there has been little testing done on wild species and their susceptibility to the virus, Nweeia said.

The research is anticipated to be completed by the end of the year, with a paper slated for publication in spring, he said.

Nweeia has been studying the narwhal’s elongated tooth for two decades, primarily in Pond Inlet, Nunavut. But due to COVID-19 travel restrictions, he wasn’t able to travel to the community himself, so he asked Inuit hunters to collect tissue samples.

Spokespeople from Pond Inlet and the community’s hunters and trappers association weren’t immediately available for comment.

Nweeia said transmission from humans to other mammals such as the narwhal is likely, even though narwhals live in remote Arctic waters.

Narwhals could contract the virus through wastewater, and the coldness of the water could allow the virus to live longer, Nweeia said.

“It’s likely that we’re dumping waste in the water all the time on boats,” he said, adding that future research will explore the potential of COVID-19 to be transmitted through wastewater. “Now we have increased traffic in the High Arctic, both with cruise lines, commercial vessels.”

A narwhal could also pass the virus onto the rest of its pod or other whales, as narwhals tend to migrate in large groups, Nweeia continued, citing the whales’ blowholes as an “enormous vector” for transmission.

“If distribution of ACE2 receptors are found to be high in narwhal blowholes for example, respiratory droplet transmission could be possible from animal to animal,” he said.

Getting to the bottom of how susceptible wildlife are to the virus has implications for conservation, he said.

“I think this is one of the most important conservation efforts of any research I’ve encountered,” he said. “This is an opportunity for us, and the Inuit, to say this is our environment, we deserve these protected rights with how industry develops, how the cruise line industry is monitored.”

“We have to learn to behave better. If it takes a viral pandemic to send that message, so be it.”

Harris Lewin, a professor at the University of California, who’s also part of Nweeia’s narwhal study, said if certain wildlife contract COVID-19, the virus could all but devastate endangered species _ lowland gorillas, for instance, which have as many binding sites as humans.

Lewin recently published a study that compiled a list of hundreds of species that are at varying levels of risk of contracting the virus through these ACE2 receptors. The list includes 410 vertebrates, 252 of which are mammals, including the narwhal.

According to the U.S. Centers for Disease Control and Prevention, COVID-19 originated in an animal, likely a bat.

But Lewin said there’s a missing link. “We know from the science that there was likely one intermediate species between the bats and humans,” he said.

The database will serve as a basis for further research, he said, adding that animals such as cattle, sheep or white-tailed deer could be the intermediate species.

“The reason why we want to look at the deer, the cattle and the sheep is because they’re all around that area of China, where the bats that harbour the coronaviruses live,” he said. “What we wanted to do was to identify one or more species as the candidate host.”

The pandemic is an opportunity to reassess our relationship with the natural world, Lewin said. Humans continue to encroach on animal habitat, which could make pandemics even more common in the future, he said. This research is important because it will help determine which species are susceptible and, beyond that, hopefully inform decisions on how to conserve wildlife and their environments, he said.

“All of these things that bring humans into closer contact with wildlife will potentially create a threat to humans and wildlife. It can go either way.” 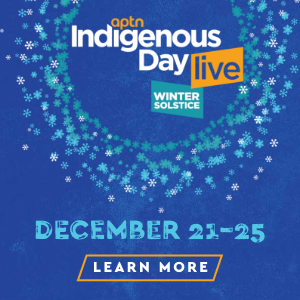