SIX NATIONS OF THE GRAND-In a move towards healing the community, Six Nations Elected Chief Mark Hill says the elected council will not pursue a permanent injunction that would have prevented community members from  occuping  the band’s administrative office grounds. 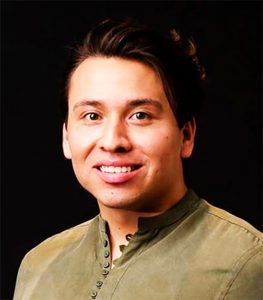 SNEC sought and was granted an interim injunction after a summer long protest was held in front of the band office last year.

Elected Chief  Mark Hill said in a radio address Friday, Nov., 27, 2020  the SNEC “has informed the courts of our wishes to end the injunctions on our people. We hope this is a step towards healing here at Six Nations.”

Instead, he said he hopes all “parties  will engage in open and respectful dialogue” about Six Nations lands rights.

A written agreement between the Haudenosaunee Confederacy Council and SNEC representatives was reached and presented to the court  Thursday, Nov., 26. It was adjourned to March 2021.

The SNEC had obtained an interim injunction against protesters who camped out on the front lawn of the band office. The protest came to an end when Six Nations Police removed them .

The agreement also includes an injunction on the Burtch lands, property returned to a trust overseen by the SNEC after the 2006 land Reclamation.

SNEC  had instructed its lawyers earlier this month to vacate the two injunctions.

SNEC  lawyers also told the court it will not seek costs against those named in the injunction.

The injunction  listed a group of individuals as well as ‘Jane Doe, John Doe and person’s unknown’ effectively extending the order to anyone trespassing on the grounds fo the band office or Burtch property.  The previous order did not prevent anyone named from accessing the band office for any legal business they had with the Six Nations Elected Council, instead it prevents anyone from unlawfully trespassing, intimidating or restricting employees or the public from access the property.

Government of Canada COVID-19 Update for Indigenous Peoples and communities

COVID-19: OPP cannot pull motorists over to ask where they going

Six Nations has lost one of its most successful  businessmen with the death of multi-millionaire R.…