Lynn Beyak, who defended 'good' of residential schools, resigns from the Senate - The Turtle Island News 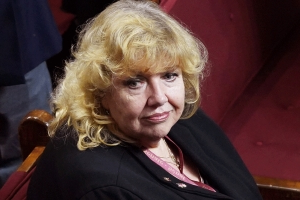 Named to the Senate on the advice of Conservative prime minister Stephen Harper in 2013, she says she was committed to serving just eight years.

That is the term limit that would have been imposed on senators under the Harper government’s original plan to have an elected Senate, which never came to fruition.

Beyak says she stands by the statements on residential schools that got her booted from the Conservative caucus and suspended from the upper chamber.

She says she believes people should recognize “the good, as well as the bad” of the residential school system and that the Truth and Reconciliation Commission that investigated its legacy “was not as balanced as it should be.”

Beyak got into trouble for posting derogatory letters about Indigenous people on her website, in response to a 2018 speech she gave arguing that residential schools benefited Indigenous children, although many suffered abuse and thousands died of disease and malnutrition.

This report by The Canadian Press was first published Jan. 25, 2021.

First Nations leaders in the Thunder Bay, Ont., area are calling on all levels of government…