OTTAWA- The Supreme Court of Canada is ordering a new trial for an Ontario resident who was acquitted after shooting and killing an Indigenous man in 2016.

Peter Khill, of Binbrook, Ont., was found not guilty in 2018 of second-degree murder in the death of Jon Styres of the Six Nations of the Grand River in southern Ontario. 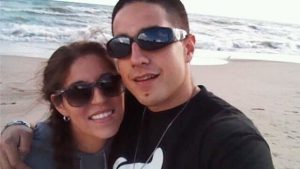 Jon Styres, right, was shot dead by Peter Khill in Hamilton, Ont. in 2016.

Khill testified at trial that his training as a military reservist kicked in when he heard a noise outside his home in the early morning hours of Feb. 4, 2016, saw that his pickup truck lights were on, and then grabbed his shotgun and loaded two shells.

Quietly leaving his house in bare feet through the backdoor, he said he saw a shadowy figure leaning into his truck and ordered him to put his hands up.

He testified the man then made a move with his hands, which is when Khill shot him twice.

Styres, 29, was hit in the chest and shoulder, and died minutes later.

This report by The Canadian Press was first published Oct. 14, 2021.

Brantford man charged with Attempted Murder after a serious assault

BRANTFORD,ONT- The Brantford Police Service  is asking for witness to a serious assault in the area…