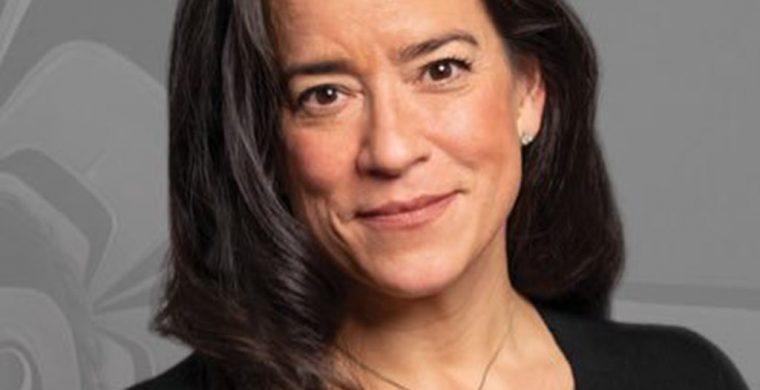 VANCOUVER-Canada’s former justice minister outlined her vision for “true reconciliation” during a mining industry conference in British Columbia Tuesday, saying the country needs to enact legislation that allows Indigenous nations to govern themselves.

Jody Wilson-Raybould says allowing Indigenous self-determination would support the cultural, social and economic well-being of Indigenous Peoples, while giving nations, governments and industry the certainty needed during a transitional time.

She told the conference hosted by the Association for Mineral Exploration that their industry is working in Indigenous territories, and those companies have an opportunity to model decision making that’s based on Indigenous consent.

She says the industry should be ready to transition to work with Indigenous nations as regulators in their own territories.

Wilson-Raybould became the first Indigenous justice minister under Prime Minister Justin Trudeau’s Liberal government but was ousted from the party in the fallout of the SNC-Lavalin affair, sparked by a media report that she had faced inappropriate pressure from top Liberals over prosecution of the company.

Last summer, she announced she would not seek re-election as an Independent MP in Vancouver, saying Parliament had become “toxic and ineffective” and she was leaving because of a “disgraceful” emphasis on partisan politics over real action.

Wilson-Raybould acknowledged the passage of national legislation to adopt the United Nations Declaration on the Rights of Indigenous Peoples, but said it lacks what’s actually required: legal mechanisms to make change in how decisions are made in Indigenous territories, including a path for nations to rebuild outside the federal Indian Act.

The act formed the basis for the reserve and residential school systems and remains the primary law governing the lives of Indigenous Peoples, she noted.

Wilson-Raybould said she was concerned that thelegislation adopting the declaration on Indigenous rights could become “a new front for legal fights, court wars, a new source of litigation and tools for lawyers to argue about” rather than establishing a way to resolve disputes and transform Crown-Indigenous relations.

She also told the conference that the question she’s asked more than any other is, “What should I be doing to advance reconciliation?”

She cautioned against “performative” reconciliation, saying not all actions are equal and true reconciliation can become obscured by symbolism and lose its substance.

“This is not to say lowering the flag or wearing a T-shirt does not have value. It does. We want to encourage honouring and recognition,” Wilson-Raybould said.

“Symbolism is important, including as a tool of education, but cannot be the core or foundation of our focus if we are at all serious about our society moving forward.”

This report by The Canadian Press was first published Feb. 1, 2022.

By Bree Duwyn Writer BRANTFORD, ONT-Six people have been arrested and over $213,00 in illicit drugs…