A First Nations Chief is calling for the province to put a stop to Crown land auctions that were set to begin this week, because he believes that First Nations communities should be given first option to buy the land that will be up for sale.

Back on Jan. 13, the province announced they would hold online auctions that will run Jan. 31 through Feb. 4 to auction off agricultural Crown land leases and permits. 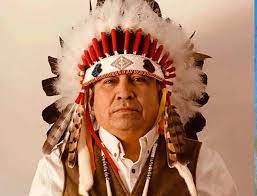 But in a statement released last Thursday, Sapotaweyak Cree Nation (SCN) Chief Nelson Genaille, who also serves as the president of the Treaty Land Entitlement Committee (TLEC) of Manitoba, asked Manitoba Premier Heather Stefanson to put a halt to the Crown land auctions “pending priority notice being given to Treaty First Nations.”

Genaille said that First Nations in Manitoba should now have the first option to purchase the land that was set to be auctioned off beginning this week.

“I call upon Premier Heather Stefanson to stop this online auction of Crown land parcels, given the fact that some of our Treaty First Nations possess Treaty Land Entitlement agreements that enable them to buy land anywhere in Manitoba, and these First Nations were not provided with the first right of refusal on these parcels,” Genaille said.

According to Genaille, under the 1997 Manitoba Framework Agreement (MFA) on Treaty Land Entitlement (TLE), First Nations can select available Crown land anywhere in Manitoba, which would then become Reserve land, while some Manitoba First Nations also have the ability to purchase lands under their TLE agreements for economic development.

“If the Premier is sincere about reconciliation, she will take our concerns seriously. Unlike her predecessor, who refused to make good on his 2016 written pledge to consult actively with us in fulfilling TLE obligations,” Genaille said.

In a statement sent to the Winnipeg Sun on Monday a provincial spokesperson said the province is confident in their process communicating with First Nations communities leading up to the auction, but were also now going to make some accommodations for communities that did not feel they were properly notified.

“We are confident this process was followed correctly, and in accordance with the Treaty Land Entitlement (TLE) Agreement,” the spokesperson said. “Despite this, some communities indicate that these circulation packages were not received.

“On this basis, while the ACL lease auction began on Monday, for those parcels that were subject to TLE circulation to First Nations communities that indicate they did not receive the circulation packages, we will not issue long-term leases in 2022.