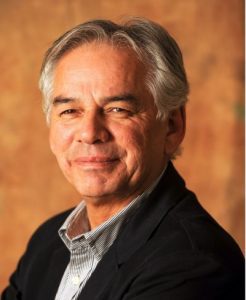 The convoy of truckers and other right-wing protestors that has occupied Ottawa for almost two weeks is a “dishonest,” display and should pack up and leave the traditional unceded Algonquin Anishinabeg land immediately, Assembly of First Nations for Quebec and Labrador (AFNQL) Chief Ghislain Picard said earlier this week.

The convoy, which claims to be protesting vaccine mandates for truckers and other COVID-19 health measures, rolled into the Ottawa region January 29 calling for the resignation of Prime Minister Justin Trudeau, and has occupied the city of Ottawa since that time, much to the chagrin of many Ottawa residents.

The convoy is made up of about 500 trucks and other passenger vehicles.

Prime Minister Justin Trudeau has referred to the protesters as a “fringe minority.”

On Monday night, during an emergency debate in the House of Commons, he pointed to signs carried by some in the crowd using Nazi symbolism to compare COVID health measures to the Holocaust, as well as some Confederate flags and “the insults and jeers” aimed at residents wearing masks.

Picard said the protest is an insult to Indigenous peoples, who have had to fight for their basic rights against the federal government for hundreds of years and have been victims of blatantly racist, colonial government policies since the earliest settlers arrived on this land.

“In a context where cultural appropriation raises concerns that are the subject of strong positions on the part of First Nations and other recognized Indigenous groups around the world, there is nothing more dishonest than misleading the public in such a blatant way as to give oneself false pretenses and permissions,” Picard said. “The Algonquin peoples have been Guardians of the Land since time immemorial. As such, any ceremonial activity on this territory must be carried out following full consultation with the Chiefs and peoples of the Algonquin Anishinabeg Nation. It is worth remembering that the City of Ottawa, like Quebec, are unceded Indigenous territories, and that First Nations have Aboriginal title and ancestral and treaty rights that are protected by the Constitution, the same document which recognizes our right to self-government.”

Many Ottawa residents agree with Picard. Blaring horns, idling trucks belching diesel fuel fumes into the street and boorish, criminal behaviour by some of the protesters forced Ottawa mayor Jim Watson into declaring a state of emergency Monday.

Watson vowed to get “the city back” from protesters and said the emergency declaration highlighted the need for support from other jurisdictions and levels of government. The protesters were behaving “insensitively” by continuously “blaring horns and sirens,  setting off fireworks and turning it into a party”, he said. “Clearly, we are outnumbered, and we are losing this battle.

This has to be reversed.”

By Bree Duwyn Writer BRANTFORD, ONT-Six people have been arrested and over $213,00 in illicit drugs…