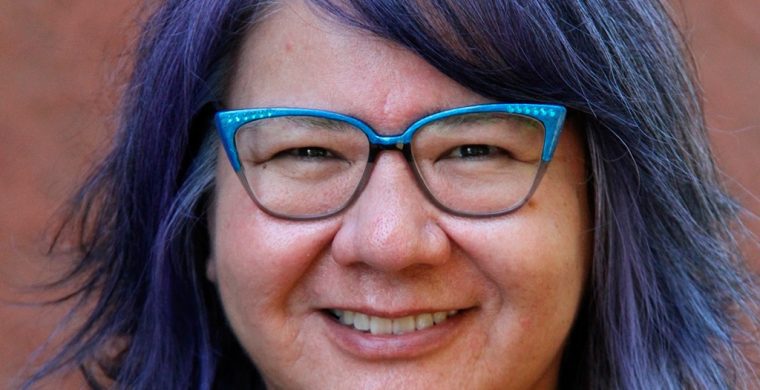 She said when actions like railroad disruptions in Tyendinaga happen that impact non-Indigenous communities, what will the federal government enforce?

“When that kind of action happens again will the government quickly enact the Emergency Measures Act and put people into what we are seeing, with people going to court, bank accounts frozen. [Those actions] have long term impacts,” she said.

On February 14 Prime Minister Justin Trudeau invoked the Emergencies Act for the first time since it was passed in 1988 to quell the anti-vaccine mandate protestors from the Convoy 2022 group that had occupied downtown Ottawa for three weeks.

Trudeau said the measures are geographically targeted and “reasonable and proportionate to the threats they are meant to address.”

The House of Commons ratified the use of the act of Feb. 21 for 30 days.
Archibald is concerned with the ease in which the never before used act may see Indigenous protestors having financial ramification in the future if it’s used against First Nations.

“That’s my concern, is that First Nations have valid concerns in this country around land and water. If they are defending their land rights where does the government draw the line? Hopefully we can get into a situation where positive negotiation is happening. There’s a real sense of mayhem. Those people are going there to overthrow the government. It’s not something First Nations call on so much as asking for negotiation.”

She said she spoke to Marc Miller, Minister of Crown–Indigenous Relations before the act was invoked. It was a short conversation, but she did get to voice her concerns.

“He said it was more about what would be happening on the ground in Ottawa, why they felt they needed to enact that. There are going to be more discussions in terms of the long term impact on First Nations in the future,” she said.

She says she’s not surprised some politicians are supporting the convoy because it’s their system and the protestors are their constituents. She knows some people involved in the Convoy 2022 movement have ties to white supremacy groups, but doesn’t think the majority of supporters are supporting white nationalism. She believes they are just frustrated with the pandemic. However she said she knows First Nations people experience racism on a daily basis.

“That overt, covet and systemic racism that is faced by our people is absolutely wrong given that this is our land. This was the land the Creator gave us. We were placed us on different parts of Turtle Island as different nations, that to me, needs to be respected as we move forward. Non-Indigenous people have to understand every good thing they have in this country – their wealth, their prosperity, their ability to build a home that comes from First Nation treaties that exist in the sense of modern or pre-confederation treaties and are also based upon the graciousness of the host nations.”

Kahnawake to vote on removing remains of alleged abusive priest