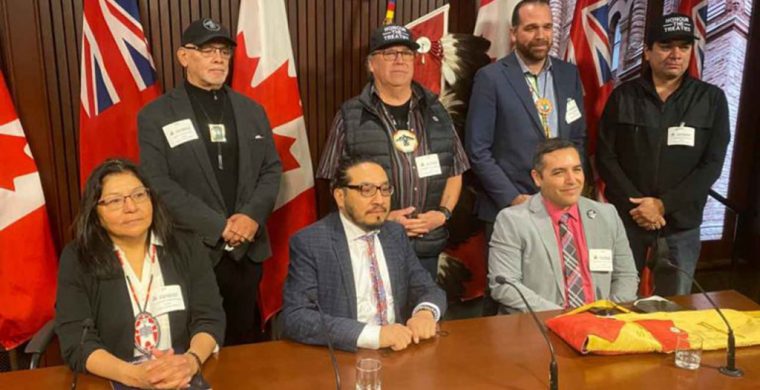 By Victoria Gray Writer The Ontario Provincial Police (OPP) know Indigenous communities want change in policing methods across the province and “respect” calls from Indigenous leaders to dismantle the Thunder Bay Police Service and its board, but say there isn’t much they can do, unless ordered by the Ministry of the Attorney General. “While we fully respect the comments made by the leaders, we have no authority to act on their request,” Bill Dickson, OPP East Region Media Relations Officer said. On March 30 Anishinabek Nation Grand Council Chief Reg Niganobe, Nishnawbe Aski Nation Deputy Grand Chief Anna Betty Achneepineskum, and Tamara Spence, President of Thunder Bay Indigenous Friendship Centre held a press conference at Queen’s Park demanding the Thunder Bay Police Service (TBPS) and its board dismantled after years…

Longboat is Brock University’s lacrosse “Coach of the Year”

By Bree Duwyn Writer A 20-year-old man from Brantford, Ont. has been arrested on child pornography…