RoseAnne Archibald to reveal documents to BC chiefs of alleged corrupt practices at AFN, she says - The Turtle Island News 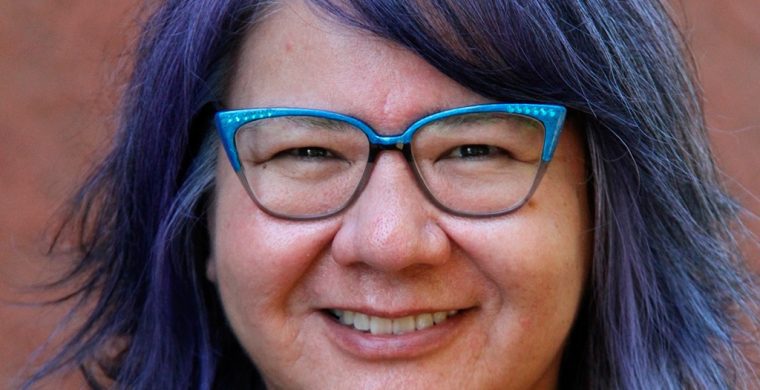 It’s been a “challenging” 10 days, says RoseAnne Archibald in an extensive interview with Windspeaker.com conducted June 25.

The first woman leader of the largest, best-funded Indigenous organization in the country may or may not have been suspended from her position as national chief of the Assembly of First Nations, but Monday she meets with chiefs in British Columbia, at their invitation, and says she’ll present them with documented evidence of alleged corruption at the AFN.

According to the AFN executive committee and the AFN secretariat board of directors, they voted June 17 to suspend Archibald with pay, saying she had “breached her obligations to the AFN” when she commented publicly on information that had been leaked to the media regarding a whistleblower complaint against her and the investigation it has sparked. She is accused of bullying and harassing four AFN employees.

Archibald says the complaint and investigation is but the latest salvo in her four-year campaign to bring “transparency, accountability and truth” to the AFN, a battle that started when she became regional chief for Ontario in 2018. She stepped down from that position to run successfully for national chief in 2021.

She says she will be releasing the information to all chiefs across Canada, and until then she couldn’t offer details.

“You’ll be able to see from those documents the things I’ve been dealing with for a number of years with AFN,” said Archibald.

As far as she is concerned, the issues are a result of the AFN’s patriarchal, colonial structure, which sees a need to protect the corporation at any cost, said Archibald.

The AFN secretariat is the corporation, and the national executive is made up of the national chief, regional chiefs and chairs of the special councils.

Because of the strong desire to protect the corporation, said Archibald, the needs of First Nations, communities and people are a distant second.

“I definitely know also for a fact if I were a man this (purported suspension from AFN) would not be happening,” Archibald said.

However, it isn’t only male chiefs that Archibald says she’s found herself battling at the special chiefs assemblies.

In December 2020, she spoke out passionately for a gender equity, sexual orientation and gender-based discrimination resolution, ironically, the same resolution she now finds herself being investigated under, but butted heads with Chief Connie Big Eagle, chair of the women’s council. Despite acknowledging the AFN “is not perfect,” Big Eagle would not support the resolution because the women’s council had not been consulted on it.

And in December 2021, six months after Archibald had become national chief, she proposed a resolution that outlined her vision for the AFN, an updated version of what she had campaigned on, which would see a clear delineation between the administrative and political arms of the AFN and the replacement of the executive council with a national leadership council. It was defeated.

Some regional chiefs, who would have seen a distinct change in their role under the new regime, commandeered the discussion and spoke out in opposition to the resolution. Among the most vocal dissenters was Manitoba Regional Chief Cindy Woodhouse.

Yukon Regional Chief Kluane Adamek is on the Exeuctive committee

“The point about women is that women can be used by the patriarchy to attack other women. That’s my point,” said Archibald.

BC Regional Chief Terry Teegee was also a vocal critic of the motion that would have put Archibald’s restructuring plan into place.

Archibald said she is unclear if her meeting with the BC chiefs on Monday will include Teegee. She said BCAFN chiefs recently met, and Archibald alleges Teegee refused to invite her, which is why BC chiefs called a second meeting.

The war with regional chiefs “became apparent during that particular vote (in December 2021) that the regional chiefs were interfering when they had no right to. And that’s the same thing they’re doing today. They’re actually overstepping their bounds right now,” said Archibald.

In the battle against alleged corruption of the AFN, Archibald has called for a forensic audit for the period of the passed eight years, including contracts and staff payouts, and an independent investigation into the

practices and alleged toxic workplace that exist at AFN.

Archibald contends that if she had agreed to the $1-million-plus payout to a handful of AFN employees who were leaving the organization, she never would have faced workplace harassment and bullying charges. She says the charges have been brought to discredit and quiet her.

This is the second time she has faced such charges. The first time around though, she pointed out, no formal complaint was levied.

The first time, she said, was reprisal for her calling for accountability. Now, she said, it’s both reprisal and retaliation for not approving the payout dollars.

“These are public funds that I’m responsible for. And not only am I responsible for them, they have a specific purpose. And that purpose is to help First Nations people across the whole Turtle Island,” said Archibald.

The AFN represents the vast majority of the 634 First Nations in Canada.

As for the role of the federal government to respond to her corruption allegations, considering the funds in question are public dollars,

As to whether she has spoken to either minister, Archibald said, “There’s stuff legally I have to cover some basis on before I talk about the information and who I talk to in government.”

It’s the existing AFN system that is at fault, she said.

“The system we find ourselves in actually determines the kinds of behaviour that exist within that system,” said Archibald.

She claims there was an expectation from the four employees for the hefty payouts. That expectation, she said, is part of the culture that has been fostered by the AFN.

Archibald’s eight-year time frame for the audit covers her one year as national chief and her predecessor Perry Bellegarde’s time in the position.

Archibald said she hasn’t been contacted by Bellegarde since her call for the forensic audit.

Archibald insists, however, now is “not about Perry Bellegarde…It’s about corruption. Corruption to me is not about individuals. It’s about the way this system is operated. I don’t think anybody needs to look at this as a personal kind of issue.

It’s a corruption. It’s a general issue that covers many people.”

Archibald said she’s being encouraged by “some people” to push for a 10- or 20- year audit because they believe corruption has been going on in the AFN for “many, many years.”

Archibald said she may amend her timeframe for the audit.

right to privacy and confidentiality.” He added, however, that “perhaps” a forensic audit was needed to address Archibald’s allegations of corruption in the AFN.

“Chiefs of Ontario are still with me. I’m not clear Regional Chief Hare’s motivation, why he felt he had to release that statement,” said Archibald.

She said she is getting “tremendous” support from the grassroots through texts and emails. She said her supporters may have been silenced from going public by fears of legal reprisal.

She has been forced to reach out to the chiefs through social media as AFN has cut off her email and her cell phone accounts, which she says is a “violation of my rights to be connected to the chiefs that elected me.”

Despite these actions, Archibald doesn’t categorize what’s happening with the AFN as infighting.

She says resolutions and action items that revisit the AFN structure and charter, which have appeared over and over again on agendas at special chiefs assemblies, have seen limited movement, if any, “because the people who have benefited from this corrupt system have not been interested in changing it.”

As for the upcoming annual general meeting to be held in Vancouver July 5 to July 7, which the AFN executive is taking action to ban her from attending, Archibald said she will be there and she’s not anxious about her reception. She’s confident the majority of the chiefs support her actions.

“People in the communities know that if things are being held up at the AFN, in terms of funding and finances, it impacts them every day in an everyday way at the community level,” she said.

She added that she is also willing to “ramp it up” to the federal court level for a decision on her attendance.

Archibald is adamant there is an important role for a re-organized AFN to play in advocating and working for First Nations.

“We need a corporation that is based in our culture, our values, our traditions, our seven sacred teachings, our language. We need that kind of corporation. That’s why I said it’s time to dissolve the AFN secretariat but we must replace it with something that is culturally based so that the people who work there have a safe and healthy environment under which to thrive and do good work,” she said.

Whether the fall-out from the past week-and-a-half could have been avoided had she made different decisions or taken a different route to fight the alleged corruption in the AFN, Archibald said the only way there would have been a different outcome was if she had approved the $1 million-plus payouts. She said she wasn’t ready to turn a blind eye to alleged abuse or misuse of funding.

“I really believe that what’s happening right now is a necessary part of the healing journey. There’s always going to be a real big pushback to the truth being revealed and there’s always a real pushback to change,” said Archibald. “This moment that might be perceived as a crisis is actually a great opportunity for us to clean and heal the organization. I think we’re on the right track for sure.”

‘In a crisis’: Deaths of Indigenous women in Winnipeg spark calls for safe housing