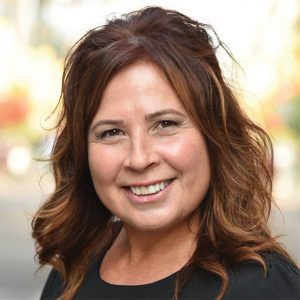 A Six Nations Elected Council by-election is in the air after councillor Wendy Johnson resigned to take on a new job working with children.

Johnson announced her resignation in a letter to the council and community, read by Elected Chief Mark Hill at SNEC’s June 28th meeting.

In her statement, Johnson spoke of an “unexpected and compelling opportunity” for her to focus on working with children, in unity with her beliefs of making a difference within the community, particularly with youth and children.

“As you may know, I firmly believe that our children and youth are the future,” said Johnson in the statement. “We must do everything we can to support and encourage their success in a safe, secure, and vibrant environment.”

Declaring the decision a “tough” one, Johnson asks for understanding and appreciation from the community as she steps down from the role just a few months into her third year of a four year term.

“It’s truly been an honour and a privilege to serve my community and I wish Chief Hill and all the councillors the very best in the days ahead,” said Johnson.

Elected Chief Hill offered his best wishes to Johnson as she takes on the new position. “She’s contributed a lot to our community, especially, as again, a council who’s the first council and only council to ever deal with a worldwide pandemic,” he said. There have been a number of pandemics including the cholera pandemic in 1910-1911, a flu pandemic in 1918, the Asian Flu pandemic in 1956-1958 and another in 1968 and an AIDs pandemic in 2005 -2012.

Six Nations band council had five days from Johnson’s resignation (Sunday, June 26 2021) to announce a by-election and alert Six Nations Election Officer Steve Williams of the resignation and to call an election.

Elected Chief Hill said council is “looking to engage” with Six Nations Electoral Officer Steve Williams to see what the next steps for the by-election will be.