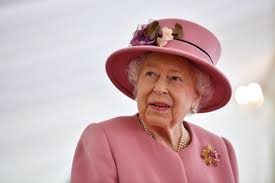 She died at  Balmoral Castle  with her death announced  at about 1:30 pm Eastern standard time.

A notice has been placed on Buckingham Palace and the flag is at half mast.

This past June, the Queen celebrated 70 years on the throne this past June with her Platinum Jubilee.

Queen Elizabeth II was crowned on June 2, 1953 in Westminster Abbey, at the age of 25. For the first time ever, the coronation ceremony was broadcast on television, allowing people from across the globe to witness the event.

She was the longest reigning monarch in British history.

For the next 12 days  Britain will grind to a halt, potentially costing the UK economy billions in lost earnings.

A series of events will kick including the ascension of Prince Charles to King Charles, Parliament will meet to acknowledge the new monarch. King Charles may change his name and the words of the national anthem will be updated as well as the country’s currency.

Charles has long history with Canada, but must step into the spotlight as King