1492 Land Back Lane’s occupants may face another injunction on the land they’ve defended for more than 700 days. 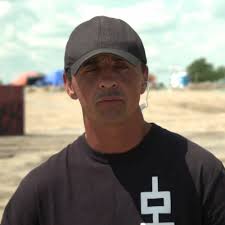 Foxgate Developments will once again take on the land defense’s former spokesperson and Six Nations band member Skyler Williams, who is named in a suit, along with the Province of Ontario and the Crown, that seeks to secure a permanent injunction for the site in Caledonia.

The injunction hearing will take place in Cayuga on September 12 and 13. A date to address potential damages owed to Foxgate has not been set.

The Attorney General of Ontario has filed a factum alleging they shouldn’t be named because they don’t have a duty to consult with individuals that are not appointed by the “Aboriginal group that holds the [Section 35 of the Constitution Act, 1982] rights, which are collective in nature.”

Williams says he’s not asking anyone to talk to him.

“I’m saying that the Crown has a duty to consult with all of our nations. Not just the band,” he said referencing the Six Nations Elected Council.

In April 2021 the Haudenosaunee Chiefs Confederacy Council (HCCC) issued a moratorium on development along the Haldimand Tract, which the site is on. Williams was present and spoke at the press conference to announce the moratorium.

The province also alleges that due to their first assertion the court has the power to make injunction decisions that take the charter into account, without its involvement or consultation. They deem the proceedings a private matter and is not seeking its costs and asks that no costs be awarded against it.

Williams says if the injunction is granted it won’t change much, but the province’s factum is telling when it comes to how they see Indigenous Nations.

“We aren’t going to change the way we live on our lands for any court. Our connection to the lands and our laws far outweighs anything these cops or courts can do to our people. But the fact that Ontario is coming on board to support the developer is a true statement of where at least the province lands when it comes to reconciliation,” he said.

But he says he has “serious concerns about what granting another injunction is going to mean” for Haudenosaunee land rights.

“The fact that they can get beat at the Ontario Court of Appeals and then reapply to the court that granted the injunction again to get it reinstated. This seems backwards to me,” he said.

Williams’ lawyer Aliah El Houni says at the end of the two-day proceedings they may or may not get a decision but when it comes, it could turn into a precedent setting case, depending on the outcome.

“In the future anyone in this position, bringing a land defense on that ground, may have the ability to contest on this argument.”

Previously, Foxgate was seeking millions of dollars in damages from Williams, but now it’s unclear what they are asking for.

There was a brief court appearance on March 22 where Foxgate was granted the hearing for a permanent injunction at the 25-acre parcel that was slated for a 218-home subdivision before the land defense began in July 2020.

There are currently about a dozen tiny homes on the site belonging to Six Nations band members.

“Instead of peaceful resolutions, we are again seeing another attempt to use the courts to legitimize the theft of our homes,” a statement said.

The previous injunction ordering the land defenders to permanently leave the site of the proposed housing development was cancelled in December 2021 after Ontario’s Court of Appeal found a judge acted unfairly towards Williams during court proceedings.

Superior Court judge, Justice John Harper, who heard the October 2020 motion, erred when he denied Williams’ rights to procedural fairness and the opportunity to be heard unless he followed the injunction order and left the site.

The appeal judge, Justice Lorne Sossin said Harper did not adequately inform Williams of the exact details of the proceedings against him and did not give him an opportunity to get a lawyer and so, was self-represented, despite serious consequences.

Sossin also agreed that Williams was not afforded his right to raise issues about Indigenous legal claims and the rule of law.

Sossin’s decision also cancelled what he called “problematic” costs of more than $168,000 that Williams was ordered to pay to Foxgate and Haldimand County.

Foxgate instead had to pay Williams $20,000 for costs incurred.

“The previous injunction, which was thrown out by the appeals court, led to the criminalization of 50 people, over 30 who have had their charges withdrawn by the Crown,” the 1492 Land Back Lane statement said. “It resulted in police shooting land defenders in the back with rubber bullets and tasers. Given the history of violence unleashed on our community by the use of injunctions, we are taking this as a very serious threat on our safety.”
Foxgate Developments is a joint venture between Ballantry Homes and Losani Homes. There were plans to build 218 detached homes and townhouses on the site in Caledonia previously called Mackenzie Meadows, which was farmland before the proposed development.

An “accommodation agreement” with the Six Nations Elected Council (SNEC) was signed by then elected chief Ava Hill.

It tied the SNEC to:

In return, Foxgate agreed to give SNEC $200,000, of which $194,000 would be put in a land banking account established by SNEC. Foxgate also agreed to offer employment opportunities to community members, pay to advertise job postings, conduct “at least one” job fair in the community, and encourage its contractors to do the same.

Prior to becoming the current elected chief,  then councillor Mark Hill seconded the motion to support Foxgate’s proposed development on the McKenzie Meadows site as long as the developer gave Six Nations 10 acres elsewhere, according to a 2018 council memorandum. SNEC also supported another company’s – Wildwood Developments – plan to build on another 128-acre parcel east of McKenzie Rd., as long as Six Nations received another 10 acres elsewhere. SNEC received in total $352,000 and 42.3 acres for the two developments along McKenzie Rd., according to a SNEC July 24 press release

The HCCC did not sign on to any agreement with the developers.

The Ontario Provincial Police spent more than $16 million to contain the movement unsuccessfully.

Brantford police seize over $630,000 in fentanyl