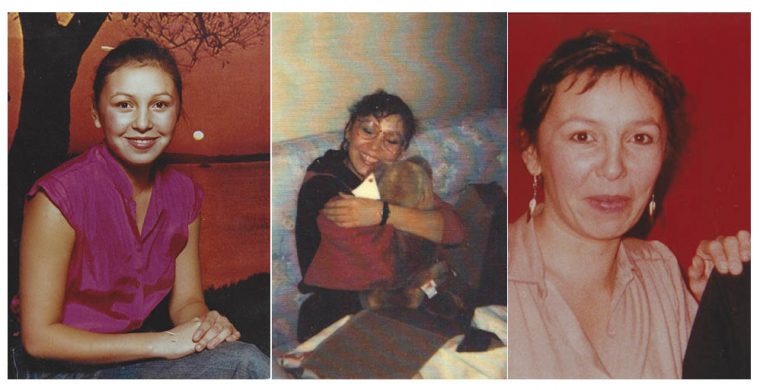 By Bree Duwyn
Writer
“When we were young girls, we went ice-fishing for a weekend,” said Meggie Cywink, recalling the fondest memory of her late sister Sonya.
One chilly winter weekend in northern Ontario, at their home in Whitefish First Nation, Sonya and Meggie were in charge of jigging a hole into the ice.
“We would jig it then run up to the house, watch and wait by the window.”
The two excited girls, with some help, pulled a large pike from the icy water. An accomplishment that has stuck with Meggie for decades, she said it was a unifying experience with her sister.
“I think that’s one of my very sweet and memorable thoughts of being with her as a child. We played a lot…” said Meggie, whose mother always taught 12 siblings to get along with each other.
Being able to be competitive, but form bonds of friendship amongst brothers and sisters is a value Meggie holds to this day.
Sonya was a wondrous writer, in-tune with her emotions, and having been an avid journal keeper, wrote poems. Meggie admitted no one had known about her love for writing until years later when she discovered Sonya’s journal. 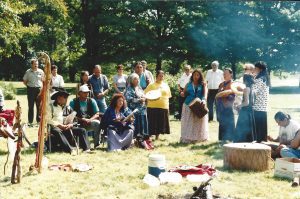 Sonya was also an expert self-taught pool shark who knew how to wield a pool stick. She, who exuded an aura of kindness, kept her problems to herself in order to be a shoulder for others.
Holding onto the small joys of who her sister was, Meggie even fondly remembered the fact that herself, her older brother, their father, and Sonya shared the commonality of being left-handed.
After reflecting deeply on a memorable childhood and their large close-knit family, Meggie said that she feels a deep sadness towards knowing that Sonya will never be a grandmother, or to have had the chance to give birth to her unborn child.
Last seen alive at Dundas and Lyle streets on Aug. 26, Sonya Cywink’s body was discovered on Aug. 30, 1994 at Southwold Earthworks, a former First Nation on Iona Road in Elgin County, 40 minutes south of London, Ont.
Found in just a T-shirt and socks, the autopsy showed her body had endured blunt-force trauma, and that she was 24 weeks pregnant at the time of her death.
Meggie named the unborn baby, whose gender was unknown by the public or family, Jacob.
She wanted to give Sonya a male protector to walk beside her in her death, someone to care for her.
“I named her baby in honour of her…” said Meggie. “A name of strength, it felt right.”
She said that the Cywink children were brought up Catholic and the biblical name seemed fitting.
Meggie said she had never thought of how deeply troubled Sonya had been nearing the last time she would ever see her sister alive.
Sonya had a history of drug-use, since moving to Toronto in her late teens. In an effort to get clean, she moved to London in 1992 for treatment.
Two years later, the last time Meggie would see her sister, was July of 1994. They even made plans to see a baseball game in Toronto together to celebrate Sonya’s 31st birthday the following month.
Sonya never made it to the game.
Her death made her one of approximately 1,200 cases of murdered or missing Indigenous women between 1980 and 2012, according to RCMP statistics. 114 of those cases were reported missing in Ontario over the same time period.
Meggie knows that there are people out there who can help uncover the truth about what happened to Sonya. She said that the word “anonymous” is important to this investigation, and that people have an opportunity to remain unnamed.
“We’re very positive that somebody knows something,” she said. “I want to emphasize that no tip is too small. Everything counts, especially after this long time of 28 years.”
In 2019, 25 years after Sonya’s death, police erected two billboards in London. On the billboards, next to a picture of Sonya, were the words: FIND MY KILLER.
There is a $60,000 reward for information leading to the arrest of Sonya’s killer, $50,000 of that is from the OPP and the remaining $10,000 from Meggie and her husband.
Meggie believes people are more apt to talk to family over the police, saying that they do not have the greatest reputation with marginalized communities.
Over the course of the nearly three-decade-long investigation, Meggie and family have worked to establish a strong relationship with police. She said that, like every relationship, it has been complicated. 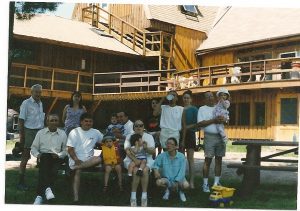 Sonya at a Cywink family reunion shortly before her death in 1994.

“You develop trust with these people over time, and I have been sad to see some leave because it takes time to establish that trust,” Meggie said.
She recalls a close relationship with retired OPP Sgt. Chris Gheysen, who has continued to remain in contact with Meggie regarding Sonya’s case.
“He’s the one that supported me, not with any information, other than a yearly phone call to see how I was doing – that was before he retired,” Meggie said.
Once Gheysen retired, he has consistently encouraged her as they work together to uncover the truth about her sister’s death.
Having founded Shades of our Sisters with the Carpenter family in 2016, Meggie has continuously strived to bring Sonya’s story, among others, to the forefront in the name of Missing and Murdered Indigenous Women and Girls.
The initiative transports audiences into the grief, laughter, and love of these families who have been impacted by violence and injustice.
A moment that made Meggie question her work followed the death of her widowed father six years after Sonya was killed.
A man who desperately wanted answers about his daughter’s death.
“I took time to grieve,” said Meggie. “That was the moment I really realized that it wasn’t just about my closure, but it was more about my family – about my father.”
Meggie said that finding answers for herself, her family, and other families is not a job, but an honour in her life.
“It’s really an honour to hold onto her (Sonya) life and remember. She wasn’t just a number, she had incredible gifts and people need to remember that.”
Meggie said that she has been bothered about the photo first used for Sonya’s case for the past 28 years.
Police and media had issued a mugshot of Sonya, which Meggie had struggled with once seeing her sister’s face in the public eye.
“I was shocked when I started seeing photos of my sister and what was being portrayed by police and the media…” said Meggie. “I found it hard to bear that, that’s not who my sister was… it may have been in the last few months of her life, but I really struggled with that.”
Meggie said that her sister was beautiful, always made-up and dressed nicely. The portrayal of Sonya following her death was difficult for the family to digest.
One of many hurdles the Cywink family faced, she acknowledged how important it is to question everything, even when it comes to photos used to describe Sonya.
In turn, Meggie worked to show who Sonya was behind the mugshot.
Meggie said that it takes resilience and strength to carry this work, and she accredits all of this to her late parents.
In her journey towards healing herself following Sonya’s death, Meggie recalls the moment Sonya received her spirit name at a ceremony in 1998.
Whirlwind Woman was the name given to Sonya by the medicine man, Floyd Looks for Buffalo Hand, when her spirit was released.
“It couldn’t have been a more perfect name because she would walk into a situation, and like a whirlwind, she would turn that environment into something different and beautiful, and then she would be gone,” Meggie said in admiration of Sonya.
The whirlwind that was Sonya lives on in moments Meggie has recounted throughout her life.
Though only very few experiences, Meggie said she has felt the rush of wind when something big was going to happen.
“It has always been the truth, a message,” she said. “It came to me when my father passed away.”
When she and her husband were driving, Meggie describes how a whirlwind came out of nowhere, just 20 feet in front of their car.
The whirlwind flew, coming up in the dust, and at that moment, Meggie knew that someone was coming for her father.
“What’s beautiful about a whirlwind is that it always has ascension,” she said. “That’s how I see my sister’s presence in this movement of time and space.”
Meggie said she knows that nothing will bring Sonya back but their family needs closure, peace, and justice.
By keeping the memory of Sonya alive, and searching for those responsible for her death, she can be honoured for the life she lived.

`Where did the monarchy get that kind of wealth?’ Algonquin Elder wants Royal Family to apologize for colonial injustices

Spot a Penguin and know its a safe place