Island Lake leaders say “a pandemic of suffering” is plaguing their fly-in communities and the only way to stop suicide crises in the northern First Nations is to build a regional health centre so preventative and primary care is available close to home.

Chiefs from Red Sucker Lake, Garden Hill, Wasagamack and St. Theresa Point held a news conference Wednesday in Winnipeg to raise awareness about the dire state of mental health among their more than 15,000 residents.

In Harper’s home community of Red Sucker Lake, there have been two recent deaths by suicide and at least 17 attempts. On Oct. 20, the First Nation declared a state of emergency over the mental health crisis and serious need for support workers.

“An urgent strategy is needed to address colonization’s intergenerational, traumatic effects, combined with decades of insufficient resources and funding, which has created a pandemic of suffering,” Harper said, during an event at Anishininew Okimawin’s office on Broadway.

The council is calling on both provincial and federal governments to provide money for a local hospital, addictions treatment centre, and land-based programs for mental health concerns. While the First Nations await permanent infrastructure, their leaders want immediate dollars for interim programs in the region.

For years, Island Lake members have been sounding alarms about the need for increased mental health services in the region, which can only be accessed via plane or winter road.

Northern families walked to Parliament Hill in 2018 to beg for a treatment centre. Federal officials promised support at the time and accepted the community’s feasibility study for a hub at Red Sucker Lake roughly two years later.

More recently, Indigenous Services Canada confirmed in August the methamphetamine rehab centre is not a priority for government funding.

“I want my youth to succeed in life, not to fall and to be depressed,” Harper said. “Enough is enough. We need to be looked after.”

Food insecurity, crowded housing, inadequate access to clean tap water, unreliable airplane services, limited policing, and preventable deaths, some of which have occurred in transit or prior to boarding a flight due to both lengthy processes and wait times for service _ were discussed.

Garden Hill’s chief noted the fact mould was found in the community’s high school, which has resulted in a weeks-long ongoing shutdown, is only making mental health matters worse for teenagers.

Asked how the communities would staff such a facility amid widespread health-care worker burnout and shortages, Anishininew Okimawin indicated it would make postings for any qualified local or outsider professionals, as it currently does for its nursing stations.

The grand council leaders said they are asking for no more than mental health services that are equal to those offered in non-Indigenous communities. An investment into facilities would save governments money in the long-term, they argued. 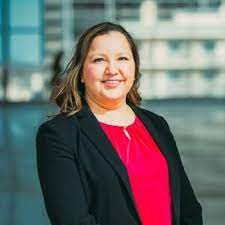 “How could it be that suicide is the leading cause of death for Indigenous youth in Canada? How can that be acceptable? This is not a new problem and it is accelerating at a pace that should be frightening for everyone and every family,” said Cindy Woodhouse, Manitoba regional chief at the Assembly of First Nations.

“We recognize there is more work to do in order to close the gap in access to quality health care between Indigenous and non-Indigenous peoples in Canada,” spokesman Randy Legault-Rankin said in a prepared statement.

The Hope for Wellness help line provides immediate, toll-free telephone and online chat resources for all Indigenous people in Canada, he added. Counsellors can be accessed through the 24-7 service (1-855-242-3310 or hopeforwellness.ca) available in English and French, in addition to Cree, Ojibwa and Inuktitut, upon request.

On Wednesday, the Assembly of Manitoba Chiefs, Manitoba Keewatinowi Okimakanak and the NDP critic for Indigenous affairs expressed solidarity with Anishininew Okimawin.

Mental Health Minister Sarah Guillemard said the province is happy to join the federal government is discussions about how officials can support residents in the region.

“My heart goes out to the community. It is tough anytime you lose someone, but certainly when there’s multiple losses and (it is) surrounding suicide,” the minister added.

Alan Lagimodiere, who oversees the Indigenous reconciliation and northern relations portfolio, was attending a meeting after question period Wednesday and was also unavailable to answer questions.

In a statement, a spokesperson for Manitoba Health said the province is committed to strengthening northern health care and is working towards creating a new so-called Intermediate Health Care Hub in the North to reduce the need to travel to southern regions for services.

Maggie Macintosh is a  Local Journalism Initiative Reporter with the WINNIPEG FREE PRESS. The LJI is a federally funded program.

-With files from Danielle Da Silva and Carol Sanders