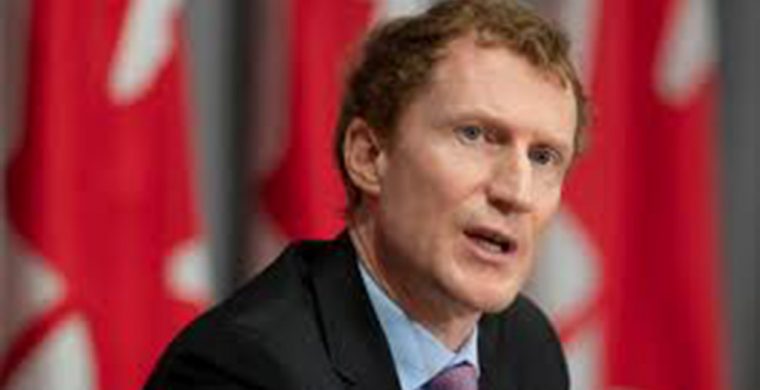 OTTAWA-The minister for Crown-Indigenous relations says the federal government is failing in its responsibility to protect Indigenous women and girls, despite allocating money toward the issue.

Marc Miller said Friday he was shocked to learn Winnipeg police have charged a man in the alleged killings of four women last spring.

“It’s a legacy of a devastating history that has reverberations today,” he said. “No one can stand in front of you with confidence to say that this won’t happen again and I think that’s kind of shameful.”

Jeremy Skibicki has been charged with four counts of first-degree murder in the deaths of Rebecca Contois, 24, Morgan Harris, 39, Marcedes Myran, 26, and an unidentified fourth woman.

Three of the women’s bodies have not been found.

Contois, Harris and Myran are Indigenous and police believe the fourth victim is Indigenous as well.

Skibicki was initially charged with first-degree murder on May 18 and kept in custody after the partial remains of Contois were found in a garbage bin near an apartment building. Police later found the rest of her remains in a Winnipeg landfill.

Contois lived in Winnipeg, but was a member of the O-Chi-Chak-Ko-Sipi First Nation, also known as Crane River.

Harris and Myran also lived in Winnipeg and were both members of Long Plain First Nation.

Police said Harris, Myran and Contois were killed in May.

They said the fourth woman is thought to have been killed on or about March 15, 2022. They released a photo of a jacket similar to the one she had been wearing.

At a vigil Thursday evening, Cambria Harris said what happened to her mother and the other three women amounts to the genocide of Indigenous women.

The family advocate for the Assembly of Manitoba Chiefs said First Nations women are being failed.

“We continue to witness the vulnerability of our unsheltered women,” Cora Morgan said in statement Friday.

Winnipeg has often been referred to as ground zero or the epicentre of the crisis of violence against Indigenous women and girls.

Miller said the federal government will continue to work to address some of the systemic issues that put Indigenous women in vulnerable situations, which include reforming the child-welfare system and opening more shelters.

“The federal government has a responsibility ? Despite the investments that we’ve put in, and they’re significant, we are trailing in the face of a tragedy.”

Grand Chief Cathy Merrick, with the Assembly of Manitoba Chiefs, is calling on the federal and provincial governments to work with police to implement the national inquiry’s recommendations aimed at tackling root causes of violence against Indigenous women and girls.

This report by The Canadian Press was first published Dec. 2, 2022

– By Brittany Hobson in Winnipeg.

Austin Fuller leaves behind an incredible life and legacy