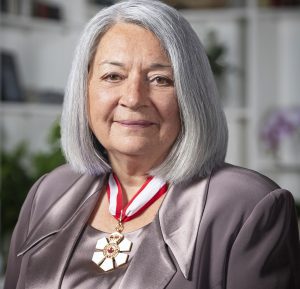 OTTAWA- Canada’s Governor General says 2022 was a “difficult and monumental year” marked by the death of Queen Elizabeth II.

Gov. Gen. Mary Simon, who serves as the monarch’s representative in Canada, remembered the queen’s death in her annual New Year’s message.

She died in September after celebrating 70 years on the throne, the longest reign of any British monarch.

Simon says over the past year, Canadians also witnessed devastating weather events caused by climate change and continued to experience the emotions sparked by the discovery of what are believed to be the unmarked graves of Indigenous children at former residential school sites.

Simon, who is Inuk, also spoke about those in northern and remote parts of Canada who live in darkness over the winter and use that time to “tell stories, rejuvenate and to move forward together.”

Simon, the country’s first Indigenous governor general, encouraged Canadians to do the same and to reach out to their friends and neighbours.

This report by The Canadian Press was first published Dec. 30, 2022.

Brazil will have first Indigenous woman chief for key post