The Hydro One Annual Shareholder Meeting

The Hydro One Annual Shareholder Meeting was held on May 15, 2018. The entire audio file can be downloaded or listened to at https://www.hydroone.com/about/corporate-information/governance/annual-shareholder-meeting-materials

This is an excerpt from the meeting during the question and answer period where Elected Chief Ava Hill, Ron Jamieson and Matt Jamieson make comments and/or ask questions. 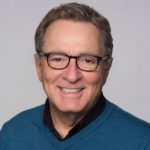 Indigenous Relations and Reconciliation Minister David Zimmer says Ontario is staying out of a land dispute involving Six Nations people who have erected a barricade across Argyle Street just outside Caledonia claiming the dispute over the Burtch lands in Brant County is an internal issue. Ontario had agreed to return the lands under the Haldimand Treaty of 1764 to the Haudenosaunee. Instead Ontario ordered the Six Nations Band Council to establish a corporation to hold the land. It is being held by the corporation that has three Six Nations band council appointed directors. Earlier today (Thursday August 31) OPP  First Nations Liaison officers  threatened to move in and arrest remove the protesters . Listen to a scrum earlier today at the Ontario Legislature between Minister Zimmer and reporters on the land dispute….