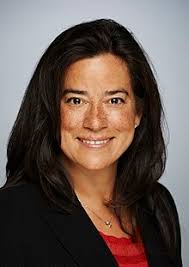 OTTAWA-The Speaker of the House of Commons says he will evict Jody Wilson-Raybould from her current office space if she does not leave on her own.

House Speaker Anthony Rota told the CBC today that if she does not vacate, someone from his office would enforce the rules _ but the timeline is flexible.

Wilson-Raybould, who is now an Independent MP, says she has been working with the House administration to resolve the issue involving her space on Parliament Hill where she was placed as a cabinet minister in 2018.

She says she understood she would stay in her offices when she was sworn in as an MP earlier this month and had an Algonquin elder bless the space.

But Wilson-Raybould says she found out two days later she would be reassigned.

The Vancouver MP says she has been in discussions ever since and received a list of alternative locations only yesterday.

This report by The Canadian Press was first published Dec. 13, 2019.