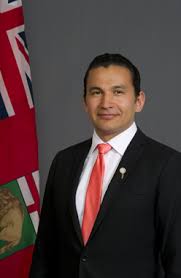 NDP Leader Wab Kinew has put forward a private member’s bill that would bestow the title and require Riel’s contributions be part of the school curriculum.

Riel is widely celebrated in Manitoba for leading a provisional government and paving the way for the province’s entry into Confederation in the 19th century.

There is a large statue of Riel behind the legislature and the Royal Canadian Mint issued a new coin in October that features his portrait.

Riel was central to the Red River and North-West resistances to assert Indigenous rights, and was hanged in Saskatchewan in 1885 for treason.

Kinew’s bill would need government support to become law and it’s not expected to come to a vote before March.

This report by The Canadian Press was first published Dec. 5, 2019.

Status Cards Will Still be Accepted in Place of Gas Cards