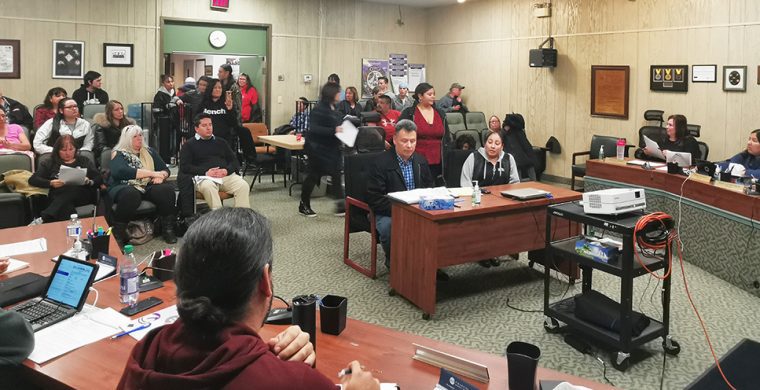 By Justin Lethbridge Writer Six Nations Elected Council (SNEC) says it is exploring options to vacate or eradicate at least two injunctions the previous council sought against community members. The decision came after community members flooded the SNEC chambers last Tuesday night. An Ontario Court granted two injunctions against Six Nations people after the previous band council petitioned the court to remove people from outside the council building and local farmer Kris Hill from the controversial Burtch lands. In addition the former Six Nations Band Council and the Six Nations Grand River Development Corporation were both instrumental in supporting Hydro One who sought and was granted an injunction, against community members and the Haudenosaunee Confederacy Chiefs Council, to remove a protest from the Niagara Reinforcement Line. Following a statement delivered by…

SNEC seeking $200,000 from farmer after promising to look at removing injunctions against Six Nations People